At Moshimo we’re proud to offer the best vegetarian and vegan Japanese cuisine in Brighton & Hove. We’re famous for the work we have done to promote food sustainability, and so our vegan menu isn’t just a sideline option – it’s fully integrated into our main menu and makes up a large proportion of all the food we make at Moshimo. We also have a full range of vegan sushi on offer too. 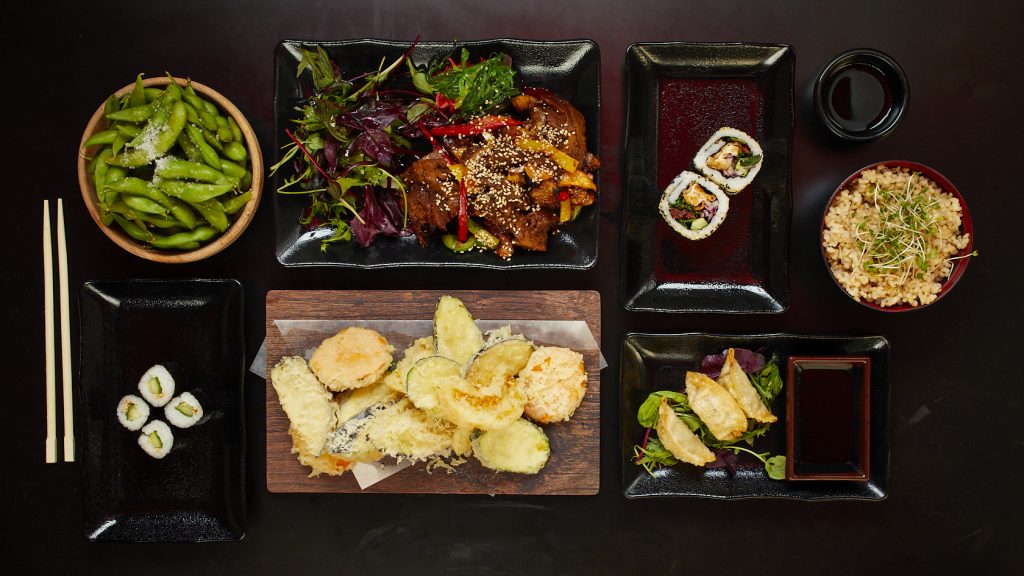 It’s not just about the food, though. A vegan-friendly ethos runs through all that we do at Moshimo and that’s why we’re always exploring how to create a better experience, in many cases based on your feedback. Here are just a few things we do differently at Moshimo…

Our vegan sushi is easily spotted on the conveyor belt thanks being placed on distinctive plate colours. If you see a yellow or orange plate, or a wooden bowl work their way around to you then grab them off the sushi belt and enjoy! All sushi on orange, yellow, and wooden plates are vegan. No need to ask staff, and no need to worry about what you’re eating. Additionally, you can always order vegan sushi from the main menu. Sushi restaurants typically grade their plates dependent on price. We are the only sushi restaurant to designate our vegan dishes based on the colour of the plates used. 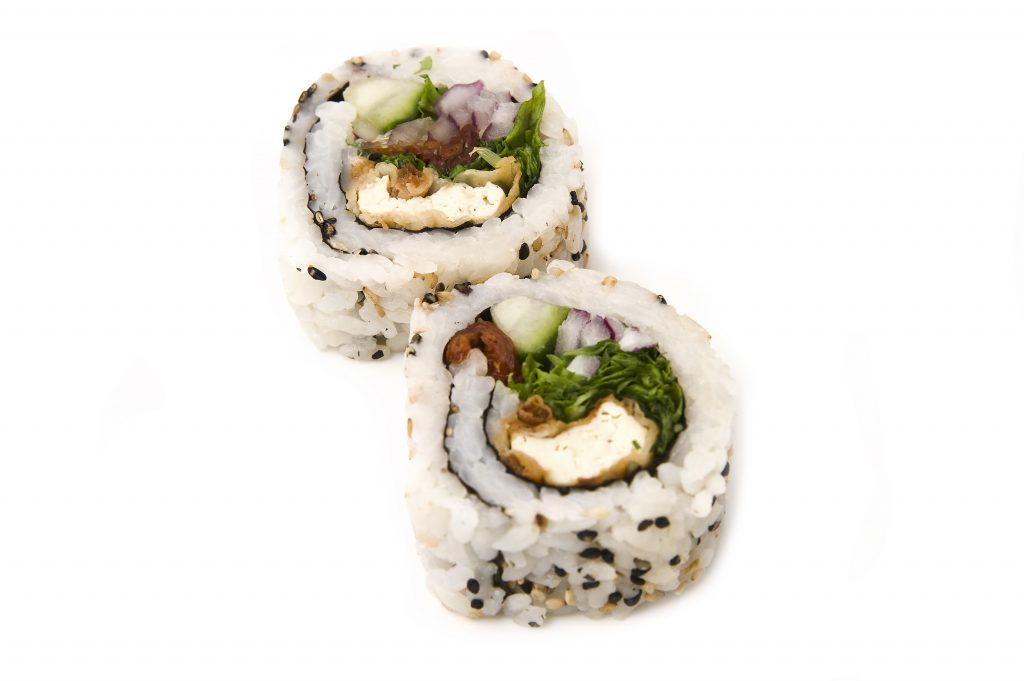 Nothing is more frustrating than a menu that offers vegan food but doesn’t label it, right? All of our vegan Japanese delicacies, from sushi to bento, are clearly labelled on the menu, so it’s easy to pick out and enjoy. We’ve even created a photographic booklet so that you can identify the food going round on the belt, with information about ingredients and allergens. We recognise that good vegan labelling doesn’t end at the food, however. That’s why our vegan wines and beers are also labelled and there’s always a good selection.

Because of the huge amount of demand as well as the number of restaurants who’d like to take part, we’ve just changed the format. Our Vegan Challenge takes place over 4 separate heats. If you’re a restaurant who’s interested in taking part in future Vegan Challenges, drop an email to info@moshimo.co.uk.

Moshimo proudly works with chefs who are vegan themselves and who better to create fantastic vegan sushi and help us create better options for the future of our menus? We know that vegan chefs are the best people to understand vegan food, and that’s why we get their input for every bit of the menu, from our vegan sushi to our vegan bento. 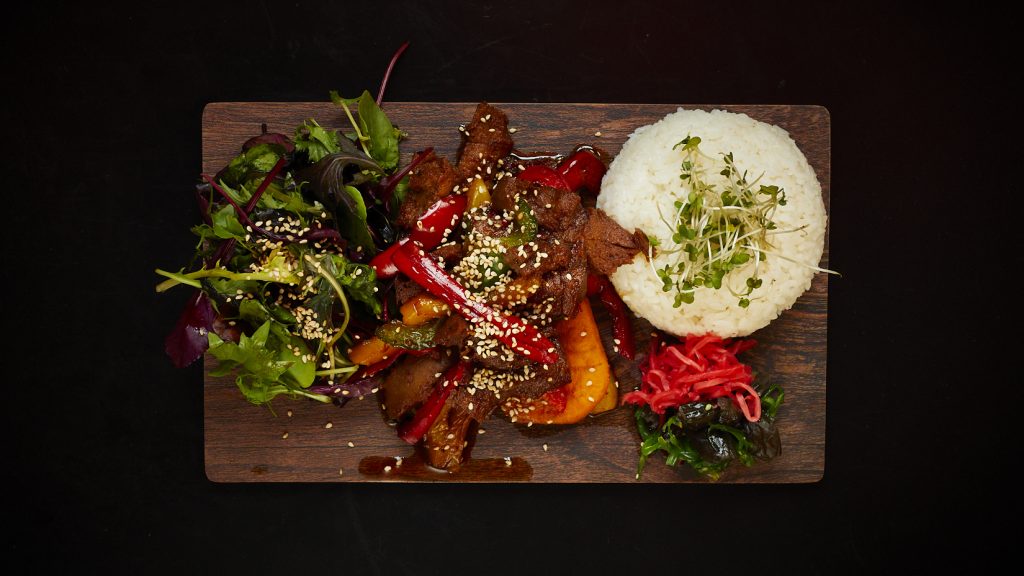 On Vegan VVednesday, we offer 50% off all vegan food to Moshimo Members. 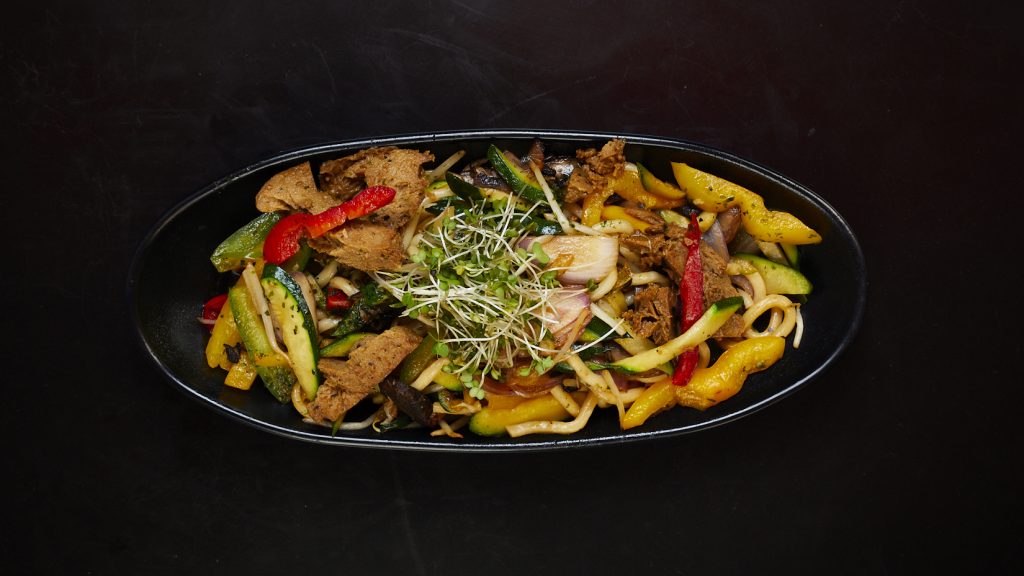 The ultimate vegan sushi feast, you can’t beat our vegan sushi boats. Made with sustainable bamboo, these are packed with a bounty of plant-based goodies from all across the menu, and make an ideal feast for between 2 and 4 people. We can help you build your own platter from the ground up, packed with Moshimo classics as well as innovative new twists on plant-based sushi.

This really is the A-class sushi experience, and perfect for birthdays and celebrations. 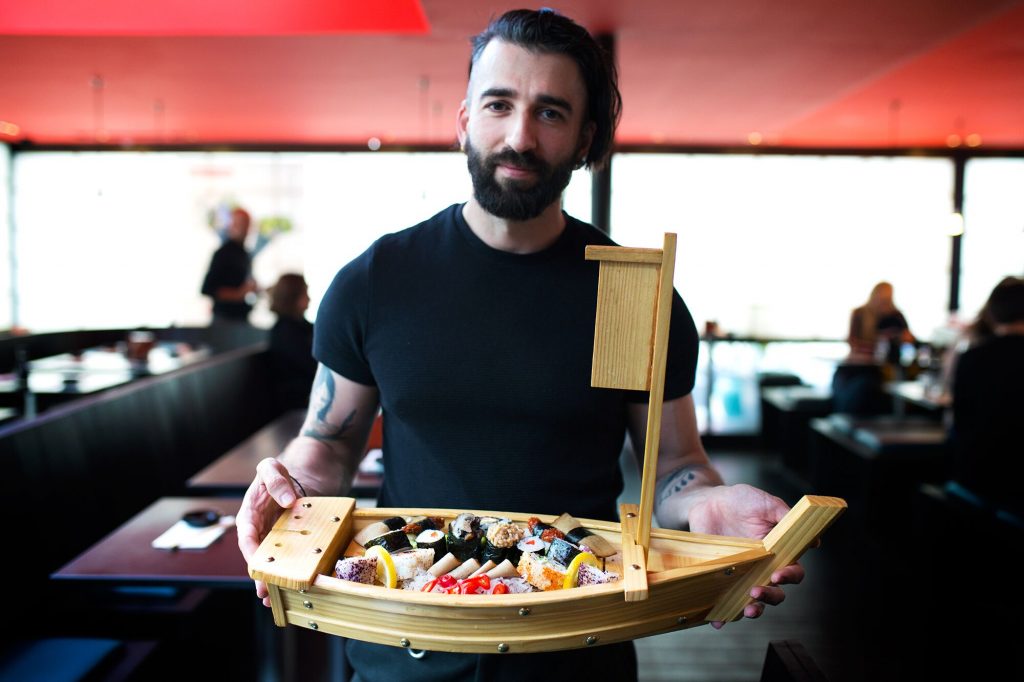 Winner of a PETA Proggy Award

Don’t just take our word for it though. PETA approached us and gave us a Proggy Award, given to ventures that are committed to animal-friendly practices. We are one of very few non-vegan companies to receive such an honour, which just goes to show how impactful our vegan food range has been in promoting animal welfare. 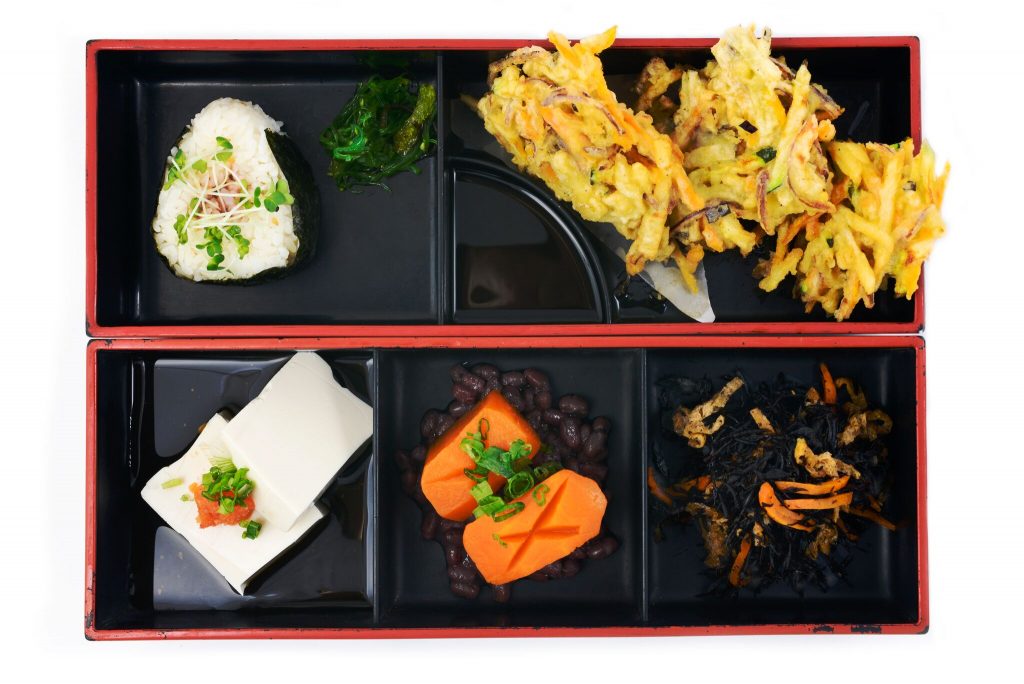 Launched in March 2018, we have been working with Deliveroo to create Moshimo Vegan. Find all the fantastic vegan sushi and Japanese dishes developed and cooked by Moshimo on one simple to use Deliveroo page. A few clicks or taps on your phone, and have Moshimo’s very best vegan dishes on their way to you in no time.

So, there you have it vegan diners. We may not be a vegan restaurant, but we take our vegan Japanese food and vegan sushi extremely seriously, and continue to develop better options for you. You’ll feel right at home at Moshimo.